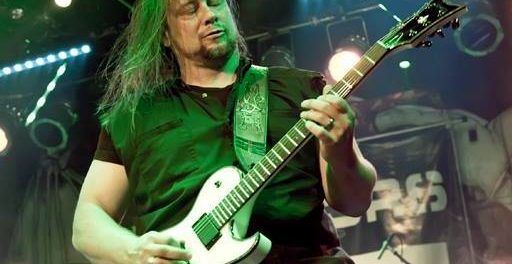 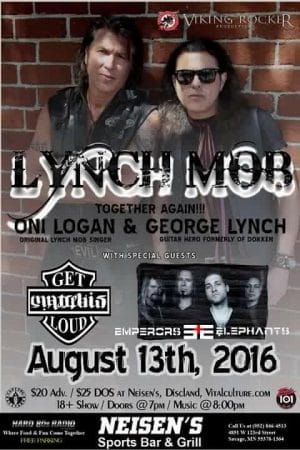 Lynch Mob were scheduled to play a show at Neisen’s in Savage, Minnesota, USA yesterday (Saturday, August 13, 2016) evening but ended up cutting their set short when an audience member and Emperors And Elephants guitarist Jeff Windisch reportedly suffered cardiac arrest and sadly ended up passing away.

Emperors And Elephants were one of the opening acts that played prior to Lynch Mob taking the stage. 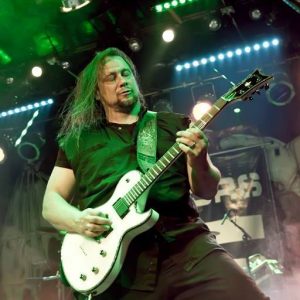 They opened the show for us and kicked ass. As soon as we were alerted to the situation we stopped playing, as the crowd and band stood in disbelief as they tried to save him. We felt it was best to stop the show at that point. Please keep his family in your prayers.
sincerely,
The Band”

Sleaze Roxx contributor Metal Headz Media was on hand for the concert on Saturday, August 13, 2016 so stay tuned for a concert review which will include Emperors And Elephants‘ set that night.

Emperors And Elephants playing “Who You Are” live on Saturday, August 13, 2016: