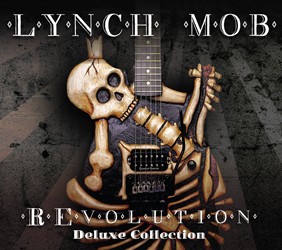 George “Mr. Scary” Lynch cemented his legendary role in the heavy music community in the early 1980s when he joined forces with Don Dokken. For almost a decade with Dokken, Lynch was able to develop a groundbreaking brand of guitar virtuoso that would also earn a Grammy nomination. In the early 1990s, Lynch launched his own project, Lynch Mob, which released several well-received records in between Lynch’s eclectic other solo works.

But in 2003, the Mob reassembled to rework Dokken and Lynch Mob material. The result was a decidedly darker, heavier, and very experimental reinvention that fans of all iterations of George Lynch appreciated. They took it on the road for a series of fierce concerts that left audiences jaw-dropped at the band’s creative live presentation.

Along with the legendary George Lynch on guitar, this iteration of Lynch Mob features the return of Robert Mason on vocals after nearly a decade absence, original bassist Anthony Esposito, and Michael Frowein on drums.

You ca listen to “Kiss Of Death” from ‘REvolution’ at soundcloud.com/spinner-pr/kiss-of-death-lynch-mob-from/s-l7DPi.