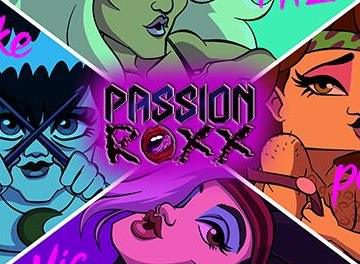 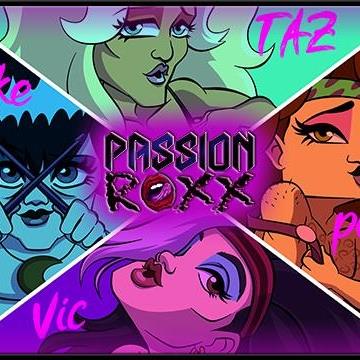 Lynch Mob and The Blonz frontman Nathan Utz has an additional gig handling the vocals and as the voice of character Taz Sutton in the animated TV comedy series Passion Roxx.

“The ‘80’s has become both a nostalgic rabbit hole & cultural mirror. Our fixation has now officially lasted longer than the decade itself; still proving as enduring as when Marty McFly found himself transported. What if, it was a Hollywood glam rock band that made that journey into the future?

Passion Roxx is an animated, (PG-13) adult, TV comedy series about a Hollywood rock-n-roll glam band that get frozen solid by punctured cans of Aqua Net Extra Super Hold in 1986. 30 years later, they thaw out in the here & now of 2019. Filled with all the retro big hair hype & make-up madness, yet politically incorrect enough to have you gasping & guessing what will happen next; Passion Roxx will leave you laughing for more!

Thanks to everyone for your support! This is a show everyone wants to see! Stay tuned for more info!”

Passion Roxx is an adult (PG-13), animated TV comedy series about a Hollywood rock-n-roll glam band in 1986 that get frozen solid by punctured cans of Aqua Net Extra Super Hold & thawed out in the here & now of 2019. www.passionroxx.com