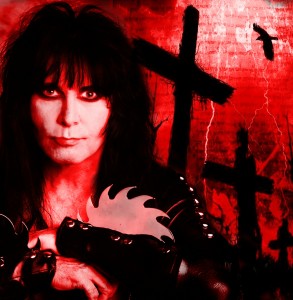 A lyric video has been released for W.A.S.P.‘s title track from the group’s new album Golgotha.

Sleaze Roxx stated the following in its review of Golgotha: “I would like to start by saying W.A.S.P.’s new album Golgotha is what rock is supposed to sound like! W.A.S.P. have made quite a few albums, but I think this is the one that can bring in a new generation of fans. From the moment I started to play this album, I was sucked in. This is not the album that will have you skipping songs early or skipping tracks. This is the album you will listen to from start to finish, and leave on repeat!” Sleaze Roxx concluded in its review: “I strongly recommend getting your hands on the Golgotha album. But I also recommend it with warning! Your neck will hurt in the morning! This is a headbanger’s dream! This album holds true to long time W.A.S.P. fans and believe me, the album will make any rocker new to W.A.S.P. a fan for sure! I am really excited about this album and I know you will be too!”