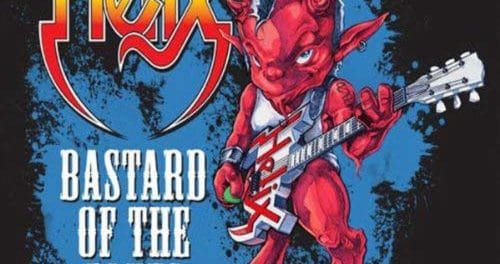 No Life Til Metal Records has released a lyric video for Helix‘s song “Metal At Midnight” from the band’s 2014 album Bastard Of The Blues. 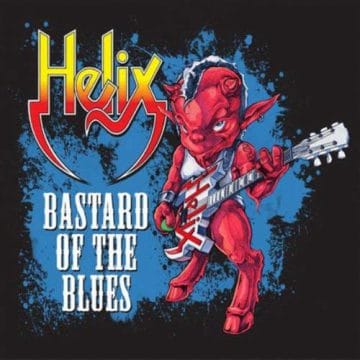 Sleaze Roxx stated the following in its review of Bastard Of The Blues including the song “Metal At Midnight”:

“On their thirteenth full-length studio album Helix occasionally sound a little long in the tooth, but by no means tarnish their legacy. Three fifths of the classic Helix line-up is along for the ride this time around, being rounded out by a new guitar tandem that prove their chops on Bastard Of The Blues. The veterans waste little time in getting down to business, starting things off with the thumping title track and frontman Brian Vollmer‘s scathing stab at local radio stations who refuse to play the band’s music in the form of “Even Jesus (Wasn’t Loved In His Hometown)”. It is towards the middle of the album where Helix really hit their stride though. “Screaming At The Moon”, with its stuttering “Eye Of The Tiger” reminiscent riff is a cool rocker but even better yet is the anthem “Metal At Midnight”. It may not reach the peaks of “Rock You” or “Heavy Metal Love”, but it would make a great addiction to the band’s incredible live shows.”

Helix – Bastard of the Blues available atwww.nolifetilmetalrecords.comon vinyl and CD.