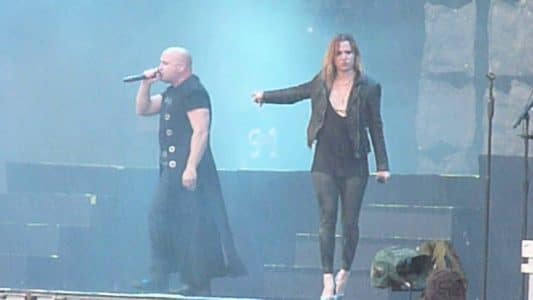 Hale joined Disturbed for a rendition of U2‘s “Still Haven’t Found What I’m Looking For.”

Bayley was onstage with Disturbed for a cover of The Who‘s “Baba O’Riley.”

The last guest was Breaking Benjamin‘s frontman Benjamin Burnley who joined Disturbed for a rendition of Rage Against The Machine‘s “Killing In The Name.

We were joined on stage by 3 very special guest singers during our performance at Download Festival. Check it out! Lzzy Hale Official Blaze Bayley Breaking Benjamin #disturbedtour2016