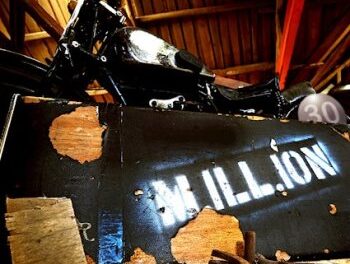 M.ILL.ION unveil video for title track for upcoming new album ‘Back On Track’

M.ILL.ION consisting of Hans Dalzon (lead vocals), CT Rohdell (guitar), Marcus Berglund (keyboards), B.J Laneby (bass), Henrik Andersson (lead guitar) and Magnus Rohdell (drums) have unveiled a video for the title track of their upcoming new studio album Back On Track, which will be released via AOR Heaven on September 10, 2021. 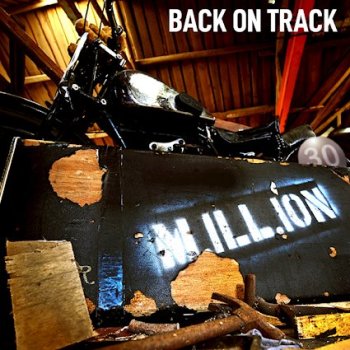 “Now in 2021, it’s time, not just to celebrate the 30:th anniversary of the first M.ILL.ION album, but also to get back to that pure feeling of joy of the early days! Take note, people: This is not a reunion of tired middle aged men for nostalgic reasons. This is for real and a serious attempt at creating great new rock music, to kick some classic ass on stage again and to have lots of fun doing it all!

Founder and bassist B.J Laneby comments: ”It’s so much fun, creativity & energy again! It’s really like the title track says: ” Back on track – Time to make boys out of men!” The band has spent the spring of 2021 working on the reunion album Back On Track. This 15 track production includes three brand new songs and two re-recordings/re-arrangements of tracks from the No. 1 album. Adding to this: Rare recordings have been found, remixes have been done + remasterings of songs from the first three albums; ”No.1”, ”We, Ourselves & Us” and ”Electric” as well. All very highly praised albums, all getting updated sounds. Indeed, quite a cool package of classic melodic hard rock!

The album will be out in Europe on September 10th, 2021 preceeded by the single & video of the title track “Back on Track” on July 23rd.

So, ladies & gentlemen, rockers & rollers: Get Ready! M.ILL.ION is Back On Track!

M.ILL.ION‘s “Back On Track” video: