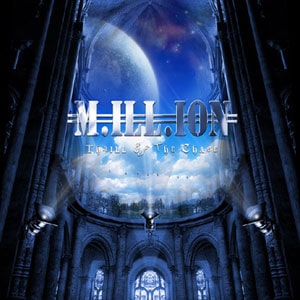 M.ILL.ION WILL UNLEASH ‘THRILL OF THE CHASE’ ON MAY 23:

One of Sweden’s finest Hard Rock bands, M.ILL.ION, will unleash their sixth studio album ‘Thrill Of The Chase’ on May 23rd.

After signing the new record deal with Metal Heaven in September 2007, the album was recorded during November 2007 – January 2008.

Mixing was done in February at the world class Bohus Studio in Sweden by Tobias Lindell together with B.J Laneby.

Tracklisting:
Thrill Of The Chase
Menace To Society
Slave To You
The One Above
Lonely In A Crowded Room
U.F.O.
From Heaven To Hell
Son Of The Sun
Through The Eyes Of A Child
Beware Of The Wolf
Fires Of Siberia
Need To Believe