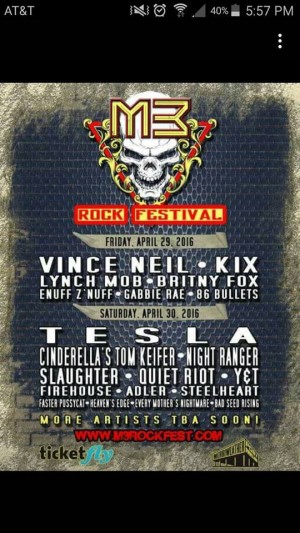 The M3 Rock Festival has announced today that its official line-up announcement will be coming soon.