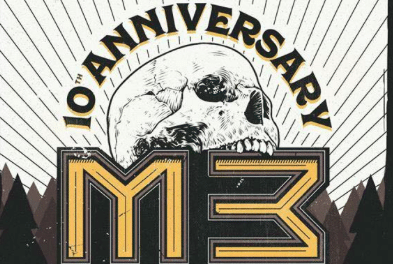 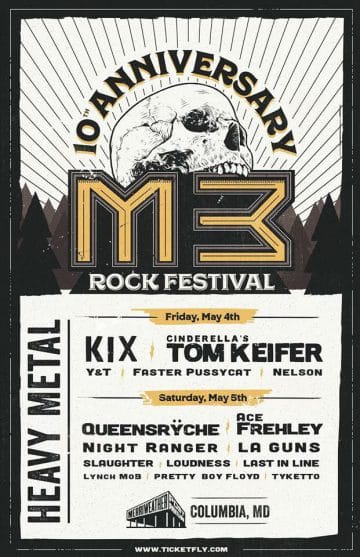 The 10th year anniversary line-up for the M3 Rock Festival has now been announced and will feature many regulars along with a few newcomers.

Day One on Friday, May 4, 2018 will have Maryland local favorites Kix, Cinderella‘s Tom Keifer, Y&T, Faster Pussycat and Nelson.

The two newcomers to the M3 Rock Festival line-up are Ace Frehley and Last In Line.

All of the other performers have played the M3 Rock Festival before including Kix who are returning for their record tenth time; L.A. Guns who are playing for a seventh time; and, Keifer, Queensrÿche and Slaughter who are coming back for a fifth time.

Of note, the number of bands have been cut this time around as there are only 15 artists announced thus far while last year’s edition had 21 artists plus one VIP performer and 2016 had 20 artists.

According to 97 Underground, two stages will be used once again.

With respect to who will be handling the lead vocals for Lynch Mob, it’s worth noting that former Lynch Mob singer and current Warrant frontman Robert Mason has a new band called Super Stroke with guitarist George Lynch and does not appear to have any Warrant tour dates scheduled for May 2018.