Philadelphia based hard rockers, Mach22, have announced that they have found a replacement for bassist Jaron Gulino with Chris Seeland. 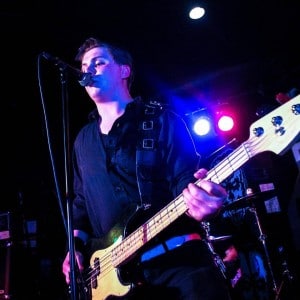 Mach22 posted the following message on their Facebook page:

“Happy MACH22sday!!! We wanted to announce a new addition to our band, Chris Seeland on Bass! He has done a few shows with us and did such a great job we decided that he was the man for the job.”

Seeland is listed as a member and bassist of the group True Will alongside vocalist/guitarist Billie Seeland, guitarist Mike Cambell and drummer Mike Soto.

Mach22‘s Like My Chances EP was ranked #1 on Sleaze Roxx’s Top Ten Albums of 2015. Sleaze Roxx stated in that regard: “Mach22 have proven that playing great rock n’ roll does not have to be complicated. Mixing classic guitar riffs from the son of Cinderella‘s Jeff LaBar (Sebastian LaBar), a strong rhythm section, the soulful vocals of Living Colour‘s Corey Glover reincarnated Lamont Caldwell and a willingness to take a few risks on certain songs like Van Halen would do in their prime turns out to be a winning formula. Mach22 are definitely the beneficiaries of Sleaze Roxx opening up its albums of the year list to shorter EPs given that there are only six songs on Like My Chances. The sky’s the limit for Mach22.”

Mach22 – “Go Ahead” off of the debut album “Sweet Talk Intervention” available May 6th, 2014.Video directed and edited by Joe Green Films.www.mach22music.com…

DIY music video of Gorgeous Nightmare from our Return to the Living EP (2015)https://soundcloud.com/true-will/sets/return-to-the-living-ep