Mach22 lead vocalist Lamont Caldwell has unveiled a single titled “Wide Open Love.” This is the first music being released from Caldwell since Mach22 released their single “Kryptonite Lover” back in May 2020. 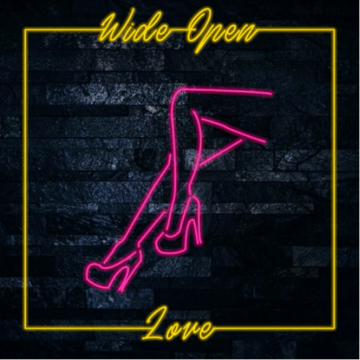 The following message was posted on Lamont‘s Facebook page on June 18, 2021:

“Happy Friday!!! It is with great excitement that I share new music with you. I hope you all enjoy it and share with everyone you know! Thanks to all who have supported me over the years with my music vision, now listen and enjoy!! More music to come!!”

Lamont is the second Mach22 band member to branch out on his own as drummer Damian MonteCarlo has released an EP titled Original Sin earlier this year as well as the single “Animal” under the band name MonteCarlo in the last year or so. Speaking exclusively to Sleaze Roxx back in May 2021, MonteCarlo was asked how he decided to take on another band or project to which he replied: “Well as for original bands, this is the only band I’m doing at this time. I decided to take a break from Mach22 mainly because we weren’t doing much at all during the lockdown. I need to constantly work and stay busy or else I just get frustrated. When the pandemic and lockdown hit, I originally wanted us to email each other musical ideas and still work in shit but that never happened. I decided to just do my own thing so I didn’t have to depend on anyone anymore. The pandemic gave me the reason to finally do my own music since it pretty much stopped the entertainment world. It was the perfect time to build a new foundation and try to make the best of a shitty situation.”