Congratulations to Mach22 for winning the 93.3 WMMR contest and being able to open for the one and only Guns N’ Roses at the Lincoln Financial Field in Philadelphia, Pennsylvania, USA on July 14, 2016! 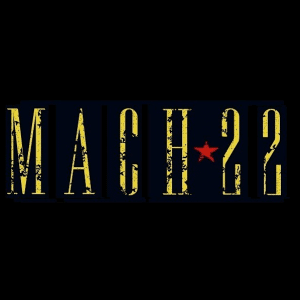 “WOW! What can we say here…can not even put this into words to describe what we are all feeling. Thank you to 93.3 WMMR Philadelphia and WMMR’s Jaxon for entering us in this! HUGE enormous, humungous big THANK YOU TO EVERYONE who helped spread the word and voted for us! This one is for you guys and will promise to kick major ass Thurs opening for Guns N’ Roses at Lincoln Financial Field! We Will do Philadelphia proud! See ya at the show!!”

An unconfirmed rumour has it that bassist Jaron Gulino will be returning to Mach22 in time for the opening gig for Guns N’ Roses on July 14, 2017 after leaving the band back in October 2015.

Mach22‘s EP Like My Chances was ranked the #1 album on Sleaze Roxx’s Top Ten Albums of 2015. Sleaze Roxx stated the following in its review of Like My Chances: “Mach22 have called their sophomore EP Like My Chances. I like their chances too because quite simply, Like My Chances is a phenomenal record. The Philadelphia based band proves that playing uncomplicated classic rock and roll with a whole lot of soul is an art that many attempt but few are able to master. And master this art, Mach22 certainly accomplish on Like My Chances! Man, where do you start? This is such a good record. It is a shame that there are only six songs. Since opening the package to the rather small no frills EP Like My Chances, I have played it at least six or seven times in a row.