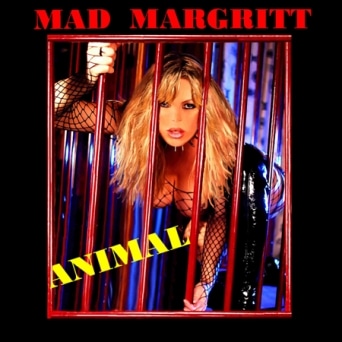 Rock with Mad Margritt this Saturday night (Nov. 10) at the Wild Wing Cafe in Suwanee, Georgia!! This is Mad Margritt’s first show back after lead singer Eddie Smith’s accident.

To read about the accident go to www.madmargritt.com/news

Eddie is looking forward to getting back onstage and rocking with all his friends so come on out and show your support. The band will be selling copies of their new cd ANIMAL at the show. All Mad Margritt merchandise sales will go to Eddie’s Medical Fund.

LOADED GUN from Mad Margritt’s new cd ANIMAL was the number one song on Songplanet.com last week. The band was named ARTIST OF THE MONTH by DJ Zjhok. Song Planet will be featuring Mad Margritt in their Featured Orbits column in the Songster Newsletter and on their Featured Orbits show this Sunday night (Nov. 11). The show will air 11 pm to midnight ET (North America)

Mad Margritt interviews and cd reviews will be featured in several magazines coming out in November & December. The band will also be featured on several upcoming radio shows including THE CLASSIC METAL SHOW and THE SEAN HOLLYWOOD RADIO SHOW.

You can purchase Mad Margritt’s new cd ANIMAL at www.perrisrecords.com

The cd is being distributed in UK by Plastic Head Music, Italy by Andromeda, Greece by Soundforge Music Group, Spain by Goimusic, Sweden by Border, The Netherlands by Bertus, Germany, Austria, Switzerland, France, Belgium by ZYX Music.

These prices are good only through e-purchases. Please mention this email for your discount price.

Thank you for your support!!
Team Mad Margritt