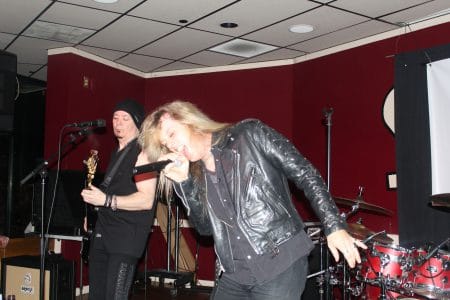 For all our new fans that don’t know a lot about the band, here is an updated version of our bio. For those of you who have already read our bio, the new/updated info is at the bottom of the bio:

Mad Margritt is an explosive, high energy rock band based out of Atlanta, Georgia. The band consists of Eddie Smith on vocals, Mark Cook on guitar, Brian Kirtland on bass and Rick Shoemaker on drums. The band released their debut CD Cold Sweat in October 1997. Several radio stations across the United States and Europe began playing tracks from Cold Sweat and before long it caught the attention of Delinquent Records who offered the band a recording contract.

In July 1999, Mad Margritt released the CD In The Name of Rock on Delinquent Records. It was followed by the band’s first US tour. During the 1999-2001 tour, Mad Margritt opened up shows for several noted acts including Ratt, Cinderella, Great White, Warrant, Slaughter, Quiet Riot, Skid Row, BulletBoys, Tesla, Every Mother’s Nightmare and Pretty Boy Floyd. They were also featured in several national publications including Metal Edge and Spin Magazine.

While performing at the Ultra-Sound Music Conference in Las Vegas Nevada, Mad Margritt caught the eye of Perris Records president Tom Mathers. Tom offered the band a deal to release their next CD on Perris and added Mad Margritt 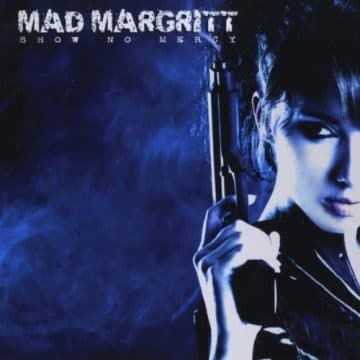 In July 2004, Mad Margritt was featured on the Perris Records compilation Hollywood Hairspray Volume 3. The CD also featured members of Kix, Pretty Boy Floyd, Tigertailz and Crashdïet. In January 2005, the band released a “best of” CD entitled Straight Through The Heart. During the 2005 Straight Through The Heart Tour, Mad Margritt performed shows with Poison, Ratt, Cinderella and Ratt‘s Stephen Pearcy.

The bands next cd was entitled Animal. It was released September 25, 2007 on Perris Records and was distributed in the USA by Select-O-Hits, The UK by Plastic Head Music, Italy by Andromeda, Greece by Soundforge Music Group, Spain by Border, The Netherlands by Bertus, Germany, Austria, Switzerland, France, Belgium by ZYX Music. 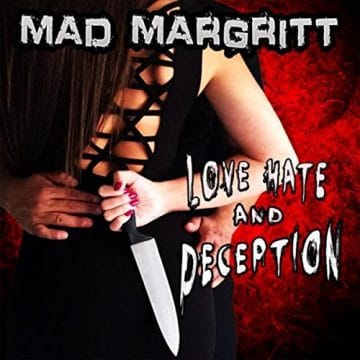 During the 2008 Animal Tour, Mad Margritt performed shows with Queensrÿche, Dokken, Skid Row, Tesla, the BulletBoys, L.A. Guns, Faster Pussycat, Bang Tango and Helix. The highlight of the tour was performing in front of 30,000 people at the South Texas Rock Festival. The following year the band performed at several other festivals including the Muscle Racing Festival in Sarasota, Florida, the SA Rocking Summer Fest in San Antonio, Texas and Rocklahoma in Pryor, Oklahoma.

Mad Margritt released their next CD entitled Show No Mercy on July 6, 2013. The CD was released once again on Perris Records. The band performed primarily in the southeast following the release of Show No Mercy and opened up shows for Saliva, Candlebox, L.A. Guns, FireHouse and The Georgia Satellites.

Their latest CD Love, Hate And Deception hit stores on September 16, 2016. It was once again released worldwide on Perris Records. To help promote the new CD, the band released a video for the song “Liar.” They also did a tour of select cities throughout the USA including New York, Maryland, The Carolinas, Florida, Mississippi, Indiana and Illinois. In February of 2017, the band had the honor of performing at the 2017 Pre-Grammy Awards Party held at the Viper Room in Hollywood, California. They returned several times to the west coast in 2017 & 2018, performing multiple times at Count’s Vamp’d in Las Vegas, Nevada and the world famous Whisky A Go Go in Hollywood, California. The band is currently performing shows on a regular basis in their home state of Georgia and are preparing songs for their next release.”