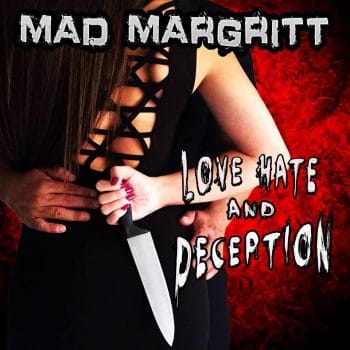 Atlanta, Georgia, USA based Mad Margritt have released a video for their new song “Liar” from their new upcoming album Love, Hate And Deception, which will be released via Perris Records on September 16, 2016.

Sleaze Roxx stated the following in its review of Mad Margritt‘s last album Show No Mercy: “If you’re new to Mad Margritt, despite the fact they have been on the scene for well over a decade, think Tora Tora stripped of their southern blues overtones. With a couple line-up changes, and such a long hiatus, it is amazing that time hasn’t changed the Mad Margritt formula in the least — that’s dedication and talent for you. Obviously the members of Mad Margritt are solid songwriters and musicians, but I think it’s time to relinquish some control on the production side of things, then they could go from great to flawless!”