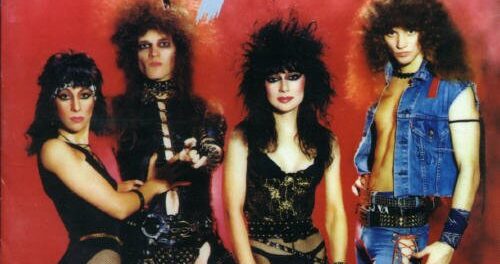 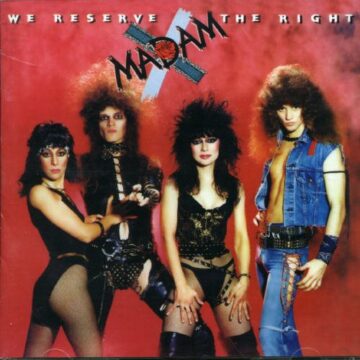 We hope you are all doing well out there. We know these are tough times for many and we want you to know that you are always on our minds and we do love and appreciate each and every one of you! You guys are simply the best fans out there!

We want to give you an update about what is going on with Madam X! The other week we announced that we will be playing the Rocktember Music Festival in Hinckley, Minnesota on Friday the 9th of September. We are so excited and can´t wait! There are more announcements to come and we will reveal more shortly! Don’t forget that YOU can contact your local music venues and promoters and tell them that you want to see Madam X play in YOUR area!

As you know we have been working on new music for a while. However, with the pandemic going on we have decided to prioritize our own wellbeing and our families first. This means that the process has been somewhat slow at times. Our producer is the amazingly talented Chris Laney from the band Pretty Maids. However, as Chris lives in Sweden and the band is spread out in Detroit and Phoenix the time difference plus the fact that Chris is a very sought after producer/mixer/artist has also contributed to the delay. But let us assure you all; the songs are nothing short of FANTASTIC! If you liked our debut album “We Reserve The Right” then you are going to absolutely LOVE this! Trust us; it will be well worth the wait! More on that to come.

Lastly, we want to reach as many music fans as possible across the world! Right now, we have more than 9,000 of the best fans in the world liking our Facebook page. But we want to invite more folks to the party! What do you think X´ers? Can we make it to 10,000? 15,000? The sky is the limit! If you have a friend or 10 that you think would love our music and wants to be part of our family then simply invite them all to join this webpage!

Thank you once again for all your love and support! Great things are ahead! We love you all so much! Stay tuned!