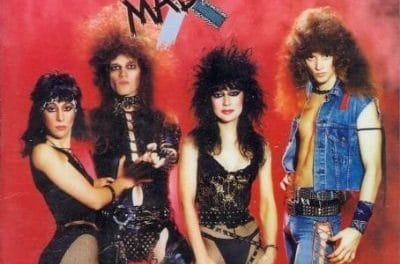 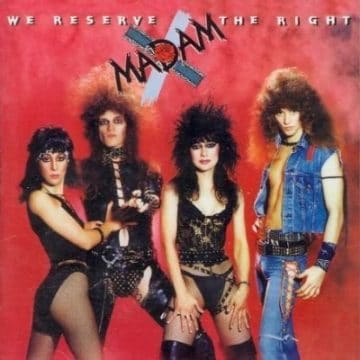 Petrucci was asked about the new Madam X album to which she stated: “The record has been completed, Its the hurry up and wait situation, Michael Wagener mixed album and Mark Slaughter mixed 3 songs. Lexi Leon (did art work for Iron Maiden) did our art work for album cover. We recorded it at Metro 37 Studios in Rochester Hills, Mi. with Kevin Sharpe engineering. All these great talents working with us. We are just as anxious to unleash this great album.”

In terms of future touring plans for both VIP Aftershow (and Madam X), Petrucci advised: “VIP Aftershow is a guest feature band and meant just to release singles. Madam X is a yes. We are the all original members and are ready. We will be on the MORC 2018 and we will rock that ship!!”

Petrucci also discussed her new project VIP Aftershow which is poised to release a second song called “Full Metal Jacket.” In terms of whether Mark Slaughter is singing any other songs than the first single “Kilmister”, Petrucci stated: “Yes he is the lead singer on our newly released second single titled “Full Metal Jacket,” which also features Mike Pisculli on bass which he also played bass on “Kilmister.””

With respect to how VIP Aftershow came about, Petrucci stated: Roxy [Petrucci] and I were writing a lot of songs during the duration of writing and recording the new Madam X album and noticed that some of our songs were not suitable for Madam X and we came up with the idea of having guest artists guest on these great songs we are writing. She came up with name VIP Aftershow and here we are now and its a blast!”

You can read the rest of the interview with Maxine Petrucci at All Music & All Bands: Local, National & Worldwide.

Madam X‘s “We Reserve The Right To Rock” video:

Madam X We Reserve The Right To Rock