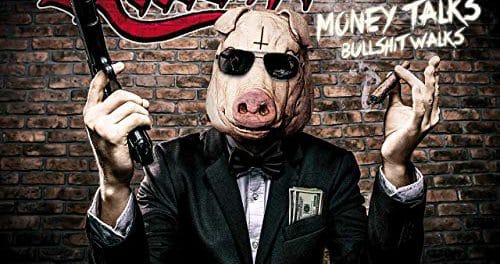 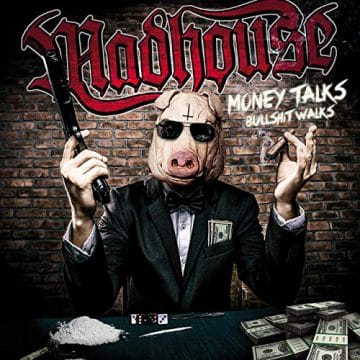 “It comes as a shock to no one that Madhouse may have some immaturity issues. A few have called our lyrics juvenile, and we get it. But even in the notoriously “mature” world of glam rock that tackles complex topics like sex, drugs, and R’n’R, there are times when Madhouse gets bitch-slapped by reality. In those sober minutes of clarity, we can see the epic clusterfuck that is surrounding us all. Those moments can be downright painful, so how do we cope? Sedate ourselves, run amuck, or write a song? Our go-to answer is always pick up a guitar and jam. It’s the best way to let off steam.

Turn it up, shout it out, and share with the W.P.O.S. in your life! Cuz we all know at least one.”

“There are many newcomers to the Sleaze Roxx readers’ year-end best albums list this year but three of them — American Bombshell(who finished at #4), 99 Crimes (#7) and Spread Eagle (#12) — had some of their fanbase help them out with the voting, two newcomers (Backyard Babies at #13 and D-A-D at #16) have been around for more than two decades, and one newcomer (Suicide Bombers at #18) is on its fourth album. Madhouse hail from Austria and have only been around since 2017. Their debut album Money Talks Bullshit Walks finished at #3 on the Sleaze Roxx’s Top Ten Albums of 2019 so it’s fantastic to see Sleaze Roxx readers identify and recognize a hot new band as having one of the best albums of the year. With song titles like “Boom Boob Shaker”, the title track, “Push Push Rip And Tear” and “Sick Sex”, you know exactly what you’re getting with Madhouse in terms of the lyrical sophistication. Luckily, the band backs up its juvenile lyrics with some kick ass music that has apparently make its mark on Sleaze Roxx readers.”