Mahogany Rush band leader and veteran guitarist Frank Marino was recently interviewed by Jimmy Kay and Alan Dixon for Canada’s The Metal Voice.  Marino spoke about his disdain for paid meet and greets with fans at concerts. The guitarist recently released a new Blu-Ray / DVD titled Live At The Agora Theatre. 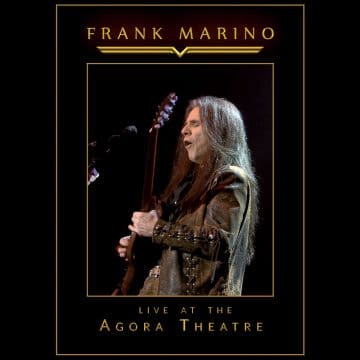 Wikipedia summarizes Marino‘s career as follows (with slight edits): “Francesco Antonio Marino (born November 20, 1954) is an Italian Canadian guitarist, leader of Canadian hard rock band Mahogany Rush. Often compared to Jimi Hendrix, he is acknowledged as one of the best and most underrated guitarists of the 1970s.”

Marino opined as follows on fan paid meet and greets at concerts (with slight edits): “I wont do this but from what I understand, a lot of artists I knew, now they are going out and they are selling VIP tickets to meet them, which is ridiculous because I spent my whole life meeting everybody before and after every show I have ever done, for free. But now they are selling this Meet and Greet. In the old days, you couldn’t even meet these guys even if you offered to pay them money. And I’m thinking ‘What is the psychology behind that? Guys standing behind the rope line letting two at a time sitting on your lap like you are Santa Claus.’ I find something screwy about that, weird. The agents that we are using to go out on tour this time even suggested this VIP to me. And I said ‘no, what are you nuts? I’m not going to do that.”

Marino recalled one time when he found himself in a meet and greet situation with Uli Jon Roth and Glenn Hughes during a past tour with Roth. Marino recounted: “Uli and I are good friends. I spent some time over there in England. We did this Legends of Rock Tour and I had a good time with it. Even over there on that tour, I saw things creeping into the actual touring, the autographs and the meet and greets. One night and I kind of got in trouble because they said we are going to do the meet and greet and I said, ‘OK. We are going to meet the people?’ But then we all had to sit at a long table and I’m thinking. ‘Why are we sitting at a long table?’ Then I see this rope line and they are letting the fans in two at a time. They are meeting Uli, then Glenn Hughes, then me and so on. Then I said out loud, ‘What are we like Santa Claus here?’ They looked at me and said, ‘What are you saying?’ I said, ‘This is ridiculous. Look, the people are 15 feet away. Why don’t we just walk over there? What are we doing?’ It’s so stupid. You get some people that come into the line and they want to talk a bit longer but then you got some roadie rush[ing] them away fast, so they can get the next guy in. I don’t know. It’s just too weird. We should have just walked into that crowd like a cocktail party, shake hands and have a conversation but no one wants to do that. It shouldn’t be like that.”