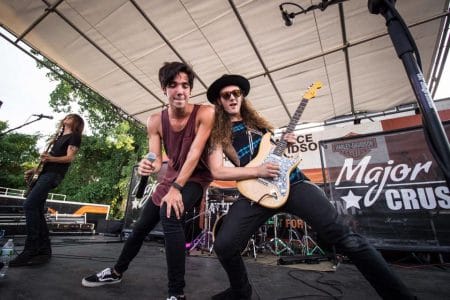 New York state rockers Major Crush have released a snippet of their a cappella version of Kansas‘ classic song “Carry On Wayward Son.”

Sleaze Roxx readers may recognize Major Crush as three fourths of the band formerly known as Nasty Habit, which received regular coverage from Sleaze Roxx over the years.

Back in February 2016, Nasty Habit announced that they were changing their name, drummer (David Jordan to Brandon Young) and look to some extent with the most notable change being singer Tommy Ende getting rid of his long hair.

On July 29, 2016, Major Crush released their debut album Trophy Kids, which was preceded by a video for the song “You Ain’t A Saint.”