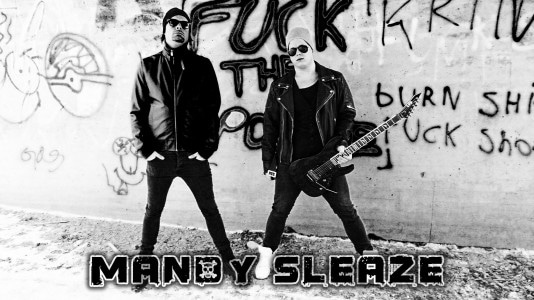 Swedish rockers, Mandy Sleaze, have released a teaser for their upcoming debut album.

The group’s Facebook page indicates that it is looking for a keyboardist.

Mandy Sleaze guitarist Jonas “The Bumblebee” Andersson has advised the following to Sleaze Roxx about the group’s new upcoming album: “It’s ready to blow their minds!”