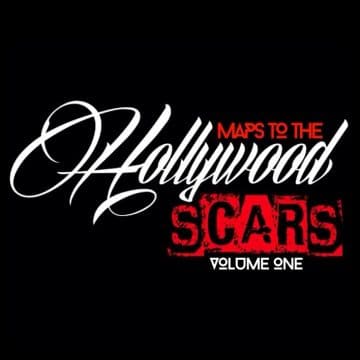 “American Idol finalist James Durbin and Quiet Riot guitarist Alex Grossi have announced a collaboration entitled “Maps To The Hollywood Scars” – The first 5 song EP will be released worldwide via New Ocean Media (HIM, Adelita’s Way, Motorhead) on February 17th, 2017. The band is currently putting the finishing touches on “Maps To The Hollywood Scars – Volume 2” – Set for a spring release, as well as their first video, which will be released in the coming weeks. The project has just released a teaser video featuring clips of 3 never before heard songs off the EP.

Durbin and Grossi will also be appearing and performing live on the FOX and ABC morning shows as well as in Las Vegas on Wednesday, Feb 22nd – Later that evening they will hold a free “E.P. Release Party” at “Count’s Vamp’d“.

Recorded at Desert Moon Productions in Las Vegas (a state of the art studio owned by Danny “The Count” Koker, star and creator of the History Channel‘s hit show “Counting Cars“), Maps To The Hollywood Scars showcases the darker side of Hollywood and the music industry – as experienced by two people that have taken two different paths, yet ultimately found many common themes throughout their respective journeys. The first of the two EPs feature a guest appearances by longtime Guns N’ Roses keyboardist Dizzy Reed, as well as programming and engineering by A.J. St. James (The Big 4, MTV).

In 2011, James Durbin released the album, titled “Memories Of A Beautiful Disaster“. The album debuted at number 36 on the Billboard 200, at number eight on the Billboard Rock Chart, number 25 on the Digital Album Chart, and sold 28,000 the first week. The album went on to sell over 123,000 copies in the U.S. alone. Most recently, Durbin released “Riot On Sunset” in the summer of 2016. 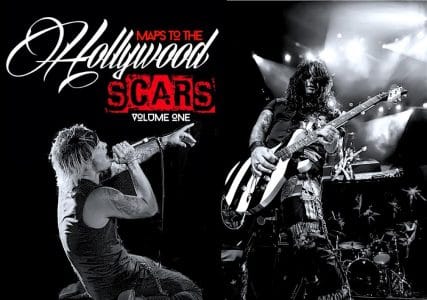 Alex Grossi has been a member of Quiet Riot for over a decade, having been chosen by the late Kevin DuBrow and Frankie Banali to fill the guitar slot in 2004. The award winning Quiet Riot documentary “Well Now You’re Here, There’s No Way Back” has been airing on Showtime since January 2015, and appeared at multiple high profile film festivals including the 2015 Cannes Film Festival. The movie is currently available via iTunes and on DVD at www.quietriotmovie.com.”

Grossi was recently interviewed by Sleaze Roxx and spoke about the future plans for Maps To The Hollywood Scars: “The next few months are gonna be pretty crazy with all the press we have — TV, print, online and radio. Then we will see from there… We are letting this project go where it goes and not try to plan too much.

As far as a “target audience”, I would say we don’t really have one. I think there will be preconceptions just based on the American Idol and Quiet Riot associations, which is fine, as the reaction so far from regular old music fans has been great. I couldn’t give two fucks what someone, who spends their day online critiquing bands, thinks about my music — and even if they did like it, they would most likely just steal it off the web anyway! David Lee Roth once said “You know why all the critics love Elvis Costello? Because they all look like him!”

We also just signed on with a company that is going to drastically change the way fans buy music, and we are very excited to be one of, if not the first up and coming rock act they have. They are called iDitty. On the surface, they look like a simple backstage pass, but with all the app that accompanies it, musicians on the iDitty platform have the power to load them with music, videos, artwork and so much more. When you redeem a card, you get instant access to all that content direct from your browser or mobile device. It’s very very cool and has unlimited possibilities. They are already being called the “The Music Delivery Platform of the Future”… and for a very good reason.”