Keel guitarist Marc Ferrari was recently interviewed by The Cosmick View with the interview being posted in mid-May 2019. 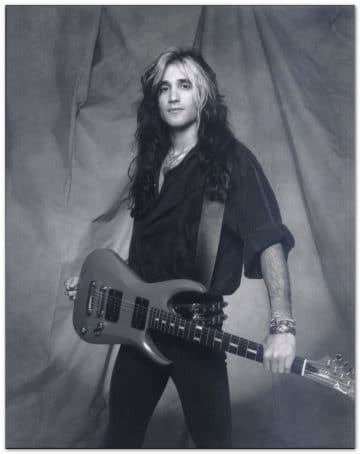 Keel frontman Ron Keel recently stated that there were no plans for another Keel album but that did not mean that there wouldn’t be any Keel music in the future.

In terms of whether Keel fans can expect a new album sometime in the future, Ferrari advised: “We have been offered to do another album but the sad fact is that the return on the investment…in terms of time and money, simply do not warrant our involvement on doing another full-length release at the moment. That being said, we have discussed the possibility of doing a single or two. We’ll see…”

In regard to what the Keel band members thought about what impact that the song “The Right To Rock” could have back in the day, Ferrari indicated: “As far as song “The Right to Rock” goes, we knew we had a special song from the very first time we played it as a ‘warm-up’ when we were recording “Lay Down the Law.” It became an anthem/calling cry after the release of the album in 1985 and we were vindicated by the response it got from the masses.”

You can read the rest of the interview with Marc Ferrari at The Cosmick View‘s website.

Keel‘s “The Right To Rock” video: