Did anyone even know that Krokus had broken up in the first place? Krokus‘ long-time lead vocalist Marc Storace has announced that the group has reformed and is scheduled to play two shows including one in Zurich, Switzerland in May 2023. 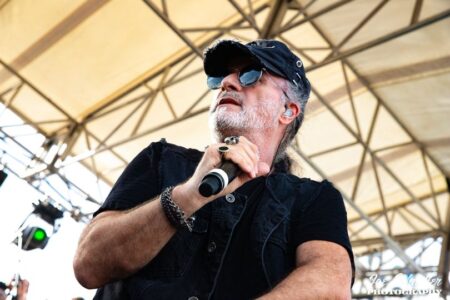 In an interview with The Metal Voice earlier this year, Storace had suggested that things had grinded to a halt in the Krokus camp as he stated: “Last time we talked (with the band), I had high hopes and in the meantime, those high hopes have become quite dusty and have crumbled. I don’t know what to think anymore but I kind of lost hope myself. Everyone has kind of gone in different directions and it’s like what is going on is just nothing. So I am concentrating on my stuff. I’m having fun and I am even planning on coming over. Things are being looked at now as we speak in the USA (fall 2022) and [I] am happy about that, for the fall. I will be playing almost my whole solo album and I’m going to play Krokus songs (no covers). And some Krokus songs which I will play will be songs I wanted to do but never got the chance to do again, like “Midnite Maniac”.”

“KROKUS has reformed !! The band will play a (due to Corona) postponed Open-Air Concert commemorating the 2000th Jubilee of the beautiful baroque City of Solothurn.

Prior to this one-off September Concert, the City will unveil a commemorative Stone to honour & celebrate the band’s very long carreer.

This Comeback also inspired the band to return to “the holy-ground of rock”…the Hallenstadion in Zürich…next May 2023!!

Get your Tickets while they last

Krokus‘ “Screaming In The Night” video: