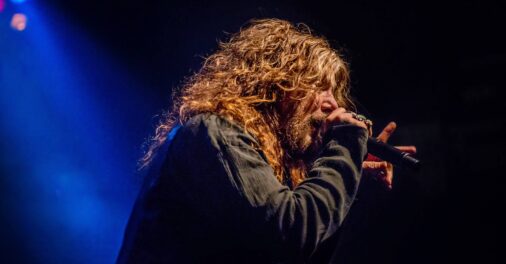 Former The Dead Daisies bassist Marco Mendoza was recently interviewed by Eamon O’Neill for UK’s eonmusic. Mendoza was promoting his new solo album New Direction, which will be released on September 16, 2022.

Mendoza was asked to speak about his split with The Dead Daisies to which he replied: “Everybody is very curious, and I can see why because I have to say that was one of the highlights of my career. I was having such a great time. I was instrumental in putting the people together, and we were all selective with management of who we brought in. It was flying man, it was flying great. We got on the radar in a big way, we came out with some great albums, the fans were loving it, but I will say, it was a lot of 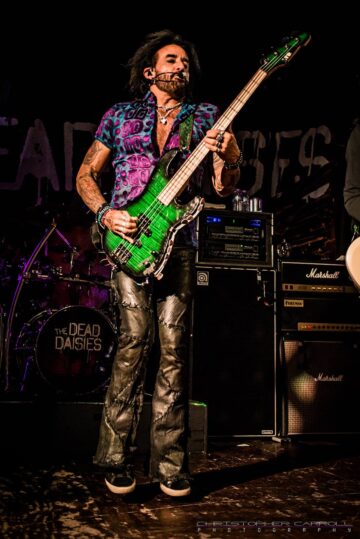 work! It was like, to an extreme. I won’t get into details, but that’s the kind of work you need to do these days. When you have the hunger and the thirst to achieve something like that in the music business, you have to be ready a hundred and twenty percent of the time.”

O’Neill noted the departures of both Mendoza and singer John Corabi from The Dead Daisies were announced at the same time. Mendoza commented: “Some of us were getting fatigued, and we used to talk about it, and my attitude was; “yeah, this is a great opportunity, let’s keep going”, but John was the first one to say; “hey, I need a break. I need some time off. I’m up to here, and as much as I love it, I’m fatigued”, and you know, it has to do with his vocals and his state of mind and all that, being a front man. We were on the clock eighteen hours a day to be honest; shooting content, and doing interviews, and then doing morning shows, and then do an acoustic show at music stores, and then going to the venue and doing an acoustic performance to fifty select fans, and then doing the main show! It was extreme, and he started feeling a little compromised and started talking about it.”

Mendoza was asked whether Corabi left first to which he indicated: “Long story short, I think the rest of us were into keeping moving forward, and he just said; “I can’t”. What he should have said is; “guys, is there any way we can take six months off and then reconvene?” But one night it got the best of him and he said; “I can’t do this”, and he just pulled away, just threw in the towel and said; “I’m, not coming back in ‘19”, and that was it. Management and everybody, we talked about it, and we went out looking for the next singer.”

In terms of the time that passed before Corabi‘s departure was officially announced, Mendoza stated: “We wanted to wait to confirm a new singer, and the process proved to be pretty heavy and hard, and the singers that we were talking to were already committed to other things, bigger things. I mean, we were going for the cream of the crop, I don’t mind telling you. We were going for some great cats that would have been awesome, and of course, in the back of my mind I’m going; “yeah, this would be cool, and exciting”. In the meantime, my ‘Viva La Rock’ album came out in February of ‘18, and the Daisies’ ‘Burn it Down’ came out in April of ’18, so I got morphed on the fact that my album came out, and the focus became the Dead Daisies’ album, and so it should; that was my priority anyway.”

With respect to his solo album Viva La Rock being ready at the same time as The Dead Daisies‘ album Burn It Down, Mendoza noted: “I put that together with the fact that I wasn’t touring behind it to support the album. I did a couple of weeks 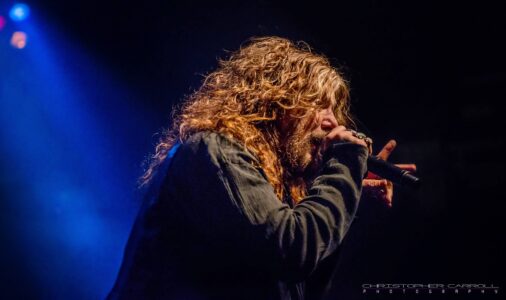 here and there, so it just came on the radar, and the reviews were great, everything was positive, but I couldn’t really break away from my commitment to the Daisies. So I started getting invited to play places, and given the fact that we were going to take a break and we didn’t know what was happening with the new singer, I asked management, and they said; “yes, keep yourself busy. Let’s keep the line of communication open, we’ll check in, we’ll make confirm the new singer, we’ll move forward”.”

Mendoza added: “So, March came, April came, and I keep adding dates, and I was having a good time doing my music and getting invited here and there. In June or July I got the call from David Lowy [band leader] saying that Glenn Hughes got on the radar; “we’re thinking of giving him a call, how do you feel about that?” I said; “absolutely! Do it!”, because the amount of energy, blood, sweat and tears, and financial commitment that this project had had, I needed to continue. So, long story short, they said; “we don’t know how it’s going to go, we’re going to get together with Glenn and see what happens”, they hit it off, and we made the official announcement on August.”

O’Neill noted that Mendoza was busy with other things to which the bassist stated: “I was really busy. In the meantime, I’m on the road adding dates, and I get the call from Neal Schon to do the Journey Through Time thing, which ended up being the Journey gig, and so on. But that was the reason; nobody left, nobody got fired, it was one of those mutual agreements. I’m a big fan of Glenn. I’m a friend, I consider him a friend, but I’m a big fan. He’s an amazing singer and bass player, he’s got status, so I knew that it was going to be taken to the next level. That was my opinion, and I was happy.”

You can read the rest of the interview with Marco Mendoza including all about his new upcoming solo album New Direction at eonmusic‘s website.