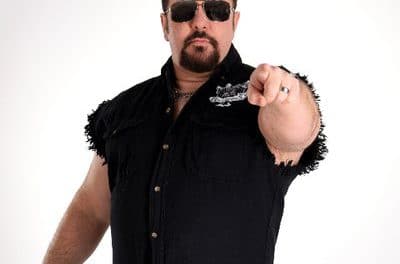 Trixter drummer Mark Gus Scott was recently interviewed by Mick Michaels for The Cosmick View. The drummer revisited Trixter‘s album Just Having Fun, which was recorded but never released prior to what became the band’s debut album 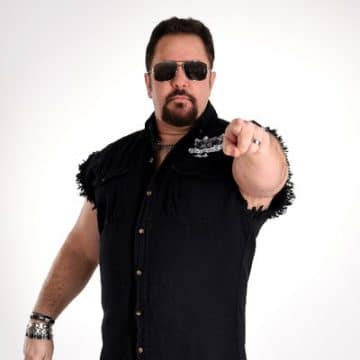 In terms of the Just Having Fun album, Scott advised: “It really was a glorified demo tape. We put the title “Just Having Fun” on it because we wanted to make it like an album. We didn’t want it to just be a demo tape. Not to mention, back in 1986 we actually created our first demo tape. It didn’t have a title but we packaged it like a real album. We created the cassette inserts and labels in graphics class, got cassette holders and made it look like a real packaged album. This gave us the opportunity to sell it as a product…which proved to be quite lucrative for a bunch of kids in high school! Not to mention, being enterprising at an early age like that brought us a great deal of notoriety being that it was a popular selling demo tape at the time.”

It was noted that only two songs from the Just Having Fun album made it onto Trixter‘s debut self-titled record to which Scott indicated: ““Just Having Fun” didn’t see the light of day because we actually made a new demo tape with our new management, Shark Entertainment, that we used to shop for a real record deal. Newer songs with better production. But that’s not to say that those older songs weren’t great. Come to think of it, I can’t remember all the songs that were on there to tell you the truth… I think a lot of things happen over time. New songs were created and old songs became new songs. I’m trying to remember exactly what songs were on “Just Having Fun”. I cannot remember all of them. It really wasn’t an album – It was just a demo that we created a marketable product out of.  Nevertheless, one thing is for sure, in this band, the best songs get used! Even on our latest release “Human Era” we actually used one of the songs from the old days called “Rockin to the Edge of the Night.” It turned out to be the perfect song at the perfect time. I always loved that song and it came out great on the new CD.”

On whether there’s any chance that fans can still get a copy of the Just Having Fun album, Scott advised: “I hate to say it, I don’t have a copy. I wish I did because it would be great to listen back to the old days. I’m not sure who has one. I bet Steve has one somewhere, probably PJ too. I will ask Pete. My mother threw away all my stuff. Can you believe that? I would love to have the fans enjoy it because Lord knows we did back in the day.”

You can read the rest of the interview with Mark Gus Scott at The Cosmick View‘s website.

Wikipedia states the following about Trixter‘s early years: “Trixter was formed in June 1983 in Paramus, New Jersey by natives Steve Brown, and Doug “Dougie C.” Cowie. Originally known as Rade, Brown and Cowie added drummer Mike Pane, and later singer Pete Loran to round out the lineup. After a single concert, Pane was replaced with Mark “Gus” Scott and the band changed its name to Trixter. By 1986, Trixter was a constant fixture on the concert scene, quickly growing a fan base on the strength of their live shows. By 1987, Trixter was performing to sold out crowds, playing with acts like Kix and Skid Row, and found themselves being courted by several major record labels. In 1988, Trixter began recording at legendary Bear Tracks Studios in New York with engineer Nelson Ayers, most notable for recording Guns N’ Roses‘ Appetite For Destruction, on what was intended to become their first studio album titled “Just Having Fun“. The album was never released and in November 1988, founding member Dougie C. was replaced with local bassist PJ Farley. In May 1989 the band landed a deal with Mechanic/MCA Records.“