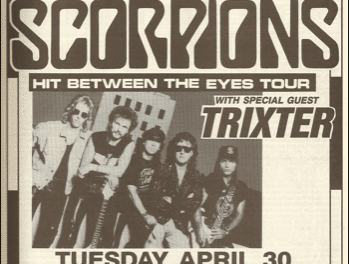 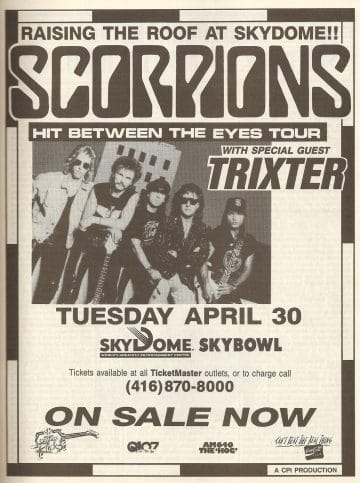 Trixter drummer Mark Gus Scott was recently interviewed by Chuck Shute for the Chuck Shute Podcast. Trixter had the chance to tour with Scorpions during a five-month stretch throughout North America back in 1991 and Scott was asked about the “Tulsa” groupie code used by Trixter band members and their entourage during that tour.

Shute noted: “But you did the Scorpions tour. And I guess this is a story I found. It was kinda interesting. So you guys had this kind of code, which I know that, Poison did this too, but you guys had a code on the Scorpions tour that if the roadie gave the girl a pass, they would always say it was leftover from the Tulsa tour. So that was kind of like your code, you know…”

Scott then stated, “Dude, I gotta tell you, you’re good. And yes, you are correct, you are accurate, but you’re giving away all the important information.” Scott continued, “Well, the reason why we use Tulsa pass, here’s the real reason. Tulsa as in Tulsa, Oklahoma, if you spell Tulsa backwards, it spells a slut.” The drummer added, “The funny part is you better watch your ass when you’re actually playing Tulsa, If you’re playing Oklahoma that night. All bets are off.”