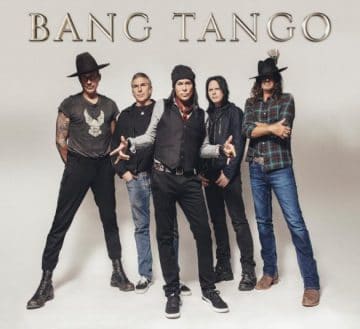 With respect to the possibility of new Bang Tango music, Knight indicated (as transcribed by the 80s’ Glam Metalcast podcast with slight edits): “I tried to write with Joe over the computer, but we’re a band that needs to get together in a room and write. I’m not saying it will never happen, but I’ve just been so wrapped up in writing my new album, Days of A Dreamer. I was deep in the process of doing my album when Bang Tango reformed. It’s just not in the works. We really just wanted to go out there and do the old stuff and play for people. I’m sure if my heart of hearts was in it, I could do it, we could do it. We could throw a bunch of shit together, but it wouldn’t be great and we would want it to be great. I’m sure we could get a record deal with like “Frontiers Records” and do a Bang Tango record wth a bunch of stupid songs we don’t believe in.  I have high praise for real musicianship and real songs. I put the music above all the marketing bullshit that people force you to do.”

You can listen to the interview with Mark Knight and producer Howard Benson on the 80’s Glam Metalcast podcast below: