Back in or about the early to mid 2000s, Knight was the frontman for a band called Gravy, which also included Mark Tremalgia on guitar, Erik Szabo on keyboards, Jon Biggs on drums and Rocc Thomas on bass. Gravy released their debut album Bones back in 2004. Knight was asked what went into creating the album Bones to which he indicated: 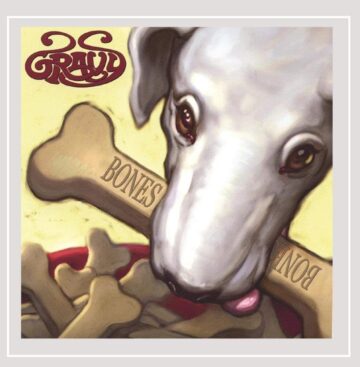 “So, Bones…that record was a unique thing. I had done Worry Beads for a while — I think I put out an EP called Broken Down — and the band was just kind of stagnant, so I got together with a buddy of mine, Mark Tremalgia, who actually played in Bang Tango for a minute at the very end. We just decided to do this jam band, kind of funky band, and I came up with a bunch of songs, brought ‘em to these guys, and we went in and worked up this band, Gravy. It was supposed to be more of an Allman Brothers jam band thing, and it ended up we brought in this guy Rocc Tomas, this bass player, and he was just this funky, funky bass player/producer. He decided that we should go in, and record this batch of songs, and we ended up coming up with the record, Bones. That’s how that came together.”

In terms of the origins for Mark Knight & The Unsung Heroes, Knight stated: “Initially it was Worry Beads, then we did this Gravy thing, then we went back to this Worry Beads incarnation of this record called Iron Spinhorse. And during the time, we were doing this record, Iron Spittin’ Horse, it was taking so long, that I already had a whole ‘nother batch of songs written, and decided to do another record on the side; a solo record, just Mark Knight. I did this record called Bone Rail Tight, with Matt Abts from Government Mule — a good buddy of mine — and this guy Tony Marsico, he’s a bass player and a friend of mine. We went in and put this batch of eleven songs together called Bone Rail Tight, with a friend of ours who produced it, and recorded it for us.

So, that became my initial startup to my solo career, with no title of a band. Then we went out and toured on that; we did a couple weeks in the south, came back, and I decided I wanted a band around it. So, I formed this band The Unsung Heroes, and that was Tigg Ketler from Bang Tango, Reeve Downes from Rhino Bucket on bass, Mark Tremalgia, who had been playing with me on and off for years, and myself. And that was the original lineup of Mark Knight and The Unsung Heroes. Then I had another batch of songs, because I write a lot, and ended up doing Road Sick Eyes. That was our very first record together.”

You can read the rest of the interview with Mark Knight at Vinyl Writer Music.