Slaughter frontman Mark Slaughter posted a message on Facebook on December 20, 2016 providing an update to his fans as well as providing snippets of some of the material that he has been working on. 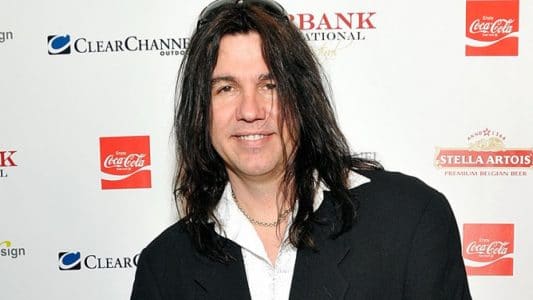 The following is a transcription by Sleaze Roxx of what Mark Slaughter had to say in the video below:

“Alright, alright. Just want to say thank you to everybody out there for all the support through the years with Slaughter [and] also my solo stuff. This next year, I’ll have a new solo CD that will be coming out. I am not sure what label or how I am going to do it but it will be out soon. Looking forward to getting that music out to you as well. Also, Roxy [Petrucci] from the group Vixen has a project with her sister Maxine [Petrucci]. It’s called After Show and I did a couple of songs with them. One was a tribute to Lemmy and that will be out December 28th, 2016 and as well, there’s going to be like some vinyl that’s going to show up I think in Europe next year. But in the meantime, I wanted to say thanks to everybody for being a part of the contest on my page and for all the years, all the love and all the good times that we have shared. I’m going to give you little snippets of stuff that I have been working on and hopefully you’ll enjoy it, ok? See you next year. Merry Christmas or Happy Holidays!” 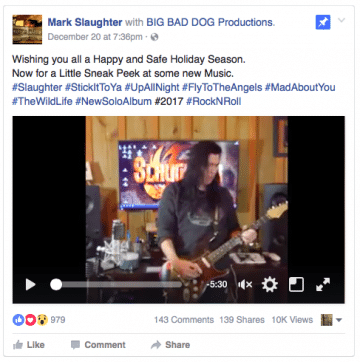 Sleaze Roxx stated the following in its review of Mark Slaughter‘s last solo album Reflections In A Rearview Mirror: “Reflections In A Rear View Mirror is exactly what a solo album should be. An artistic expression outside the artist’s regular environment. And, not unlike Tom Keifer‘s recent solo album, Mark manages to successfully explore new musical territory without alienating his band’s fan base. Mark handles all of the music on this album with the only exception being the drums. Knowing this fact makes his solo effort even more impressive. It’s obvious that he has a really good ability to develop memorable melodies and understand good song arrangement. A great musician in his own right, he gets a chance to showcase his talent on guitar, bass, keyboards and even a few unexpected instruments, such as a Native American flute, mandolin and saxophone.”

Sleaze Roxx went on to state: “There are plenty of tracks here to please his long-time fans. In fact, the remaining songs sound like they may have been written with Slaughter in mind, but maybe were just different enough that they didn’t quite fit on a previous effort. Fans of Slaughter will easily adapt to the different sounds that Mark brings to this album without feeling like he’s completely changed course.”