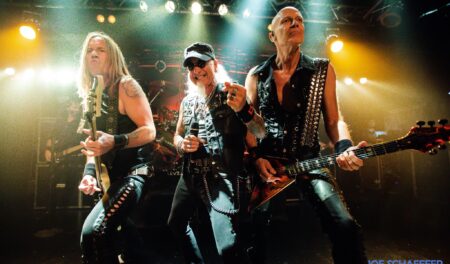 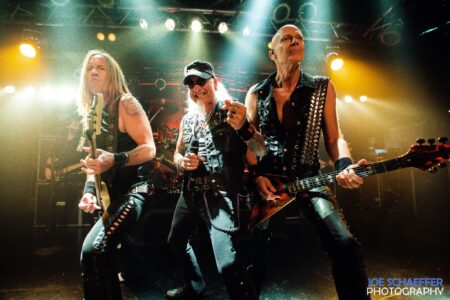 The band expanded to a three-guitar line-up for its latest studio album Too Mean To Die (2021). In terms of how that came about, Tornillo indicated:

“The whole thing was that when we did the symphony tour. Phil was the guitar player and Uwe has a studio at home. He was producing bands and he really didn’t want to learn all the symphony stuff. Phil and Wolf just hit it off. They loved playing together and had a great rapport on stage and when the symphony tour was over, Wolf just was like, “I don’t want him to go and I’m not firing Uwe. There’s no way. What do you think about going six-piece.” I’m like, “Hell yeah!”

It’s a whole new ballgame. You can do anything – that’s the magic of the whole thing. Anything in the repertoire we can make sound like the record because you can do the double solos and still have a rhythm guitar. Plus, all the guys sing. They all sing their asses off. We can do pretty much anything we want to do. Phil and Wolf have that rapport onstage like Wolf and Peter had. I think that’s what Wolf missed the most and he’s got that now with Phil.”

You can read the rest of the interview with Mark Tornillo at The Aquarian‘s website.