Maryann Cotton featuring frontman Maryann Cotton and bassist Hal Patino (ex-King Diamond, ex-Pretty Maids, ex-Ammunition) have released a video for their new single “I’m Your Saint” from their upcoming studio album Hallelujah, which will be available via El Puerto Records on July 3, 2020. 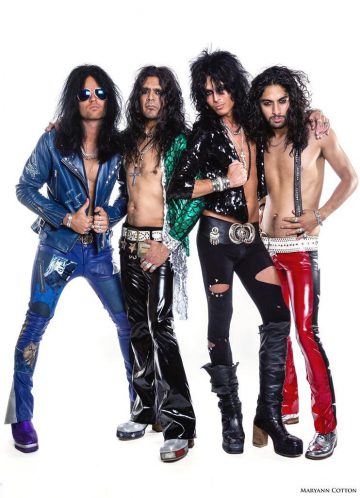 “Maryann Cotton certainly has enough glamor in his adopted home of Las Vegas. In this sense, with the first single “I’m Your Saint” he releases the right song from the upcoming album “Hallelujah” (released on July 3rd, 2020). “It represents the message of the album lyric wise” singer Maryann Cotton is convinced. The young man excitedly tells that “Hallelujah” is his best album so far. What seems like a memorized marketing slogan to many is a matter close to the heart of Maryann Cotton. The first reviews worldwide confirm him: “Can’t wait you guys to hear it!”….

JFH Film & Videoproduktion – Jan Hanicz is responsible for the video, who also made the last “Mission In Black” video,
which celebrated its premiere on May 29, 2020.

Maryann Cotton‘s influences certainly go back to a glorious past, but the band goes its own way and sees itself as a “New fresh rebellious band”, a beneficial approach in a music world in which apparently only replaceable mainstream is promoted.”