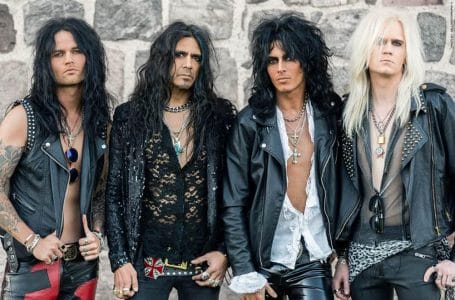 “Jacky Patino, who recently signed the contract in Las Vegas:

”We are happy to announce that with just signed a worldwide deal with El Puerto Records.

We just finished the music and songwriting for the new album, and now we’re ready to hit the studio and record it.

We are so happy about the new material, our new album is going to be the best one we’ve done so far.

We are looking forward to all future endeavors with El Puerto Records’.’

‘For a long time  I did not listen to a band like Maryann Cotton who lives up to this special US Rock’n’Roll spirit like these guys. When Hal Patino visited me at home earlier this year, we already talked about Maryann Cotton and I’m really glad to announce this band today!'”