Maryann Cotton unveil video for single “Get It On”

Maryann Cotton featuring frontman Maryann Cotton and bassist Hal Patino (ex-King Diamond, ex-Pretty Maids, ex-Ammunition) have released a video for their single “Get It On.”

The following message was posted on Maryann Cotton‘s Facebook page back on December 31, 2020: 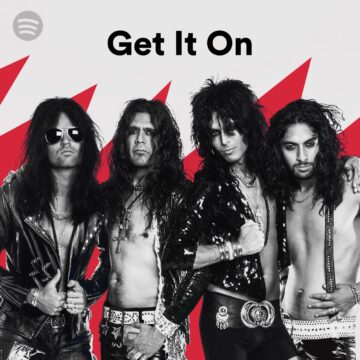 “What a perfect way to kick off the new year! “Get It On” remastered version OUT now! Let’s make 2021 the hottest year ever!

Thanks to Spotify and Happy new year to all of you from the Maryann Cotton band! Let us hear you scream in 21!

Maryann Cotton‘s “Story” as per the band’s website is as follows:

“Maryann Cotton is a Danish / American Shock Rock singer and band formed in 2007.

Maryann Cotton is considered by fans and peers alike to be “The Prince Of Shock Rock” and with energetic live performances he has made plenty of positive publicity around the world.

The group is very influenced by bands such as Alice Cooper, Queen, Lou Reed, The Who, etc. – and has released four official studio albums. Their new album was released worldwide July 3rd 2020, and the band will be touring in USA / Europe 2021.

Maryann Cotton is associated with some of the world’s greatest rock bands of all time, and has been a part or involved with names such as Alice Cooper, Mötorhead, KISS, King Diamond, Mercyful Fate, and many other bands.

The band did their first American tour in 2017 and debuted with a sold out concert in Hollywood, California at the famous Whisky A Go Go.”

Maryann Cotton‘s “Get It On” video: