Mason Hill release video for “Now You See Me”

UK newcomers Mason Hill have released a video for their song “Now You See Me” from their self-titled EP. 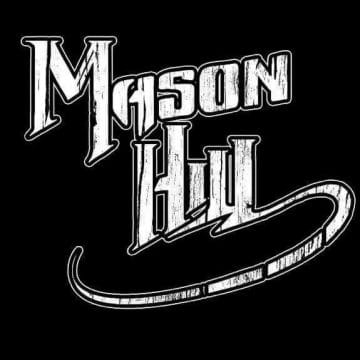 “Mason Hill has its origins in the Glasgow rock scene. Originally in a teenage band, long time high school friends Scott and James had success in a European battle of the bands competition, ‘Surface Festival’, winning the Scottish section beating 12,000 other bands, which led to them playing the o2 in London.

Following that success, they formed Mason Hill and after Scott and James recorded three demos as a tool to advertise for other musicians, Craig joined the band in 2013. The line-up has gone through other changes until it was settled when Matthew started to play with the band in 2015.

Marc Montgomery later joined in February 2016 to complete the line-up as it is today making in many ways the bands true birth being since February 2016.

How do you describe the band’s music? Well words and phrases like “a mix of classic and modern rock”, “anthemic songs“, “heavy riffs“, and “melody” have been used. Some people have described it as Alterbridge meets Blackstone Cherry meets the Foo Fighters. All very interesting, these are all great bands…but the band prefer to think of it as simply Mason Hill.

The debut EP was recorded at The Foundry Music Lab in Motherwell. Reaction to the EP has been excellent with many fantastic reviews and significant airplay on radio stations.This is continuing.

Critical reaction from audiences and industry professionals to the band’s performances has been consistently extremely positive. The band prides itself on the quality of the playing and performing, with each individual band member consistently performing at a high level, coming together in an overall band sound which is more than the sum of the parts. There are no passengers in Mason Hill!”