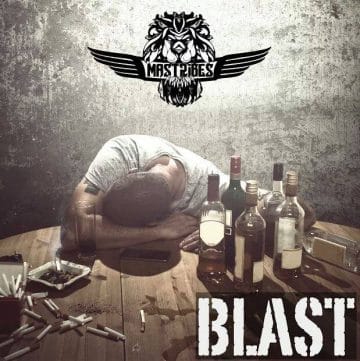 Back in July, Mastribes released a video of their new song “She’s Got The Look” which will presumably be on their new album.

Speaking exclusively with Sleaze Roxx, Mastribes‘ frontman Michael Flame advised how the group got involved with Volcano Records & Promotion when he stated: “Starting a band is very easy, but at first almost no one knows how to manage it. After we made our first songs, we started to play in our city to see people’s reaction, and it went very well but we had no idea on how to grow up and make a serious musical business. When we met Sergio Toledo Mosca and Alessandro Liccardo, at our first live show, we talked about our music and about what the band could reach. They suggested us to make an EP so we started to work with Volcano Promotion, and then we came up, as you know, with the EP Shake Boom Tequila. Our first single had a great response from all over the world, and that’s because in the last year, with the great help of the Volcano family, we had the chance to work with the best photographers, video makers, radio stations and recording studios. Later, Volcano Promotion also became Volcano Records and so we signed for our first upcoming album Blast. We can’t wait to see the people reaction this time!”

With respect to how the album title Blast came about, Flame stated: “We have to go back to December 2015. The band was coming back home from a concert in Napoli area. We started to talk about a name for our first full length when someone said ‘Hey guys! What do you think about ‘Blast‘?’ Everyone liked it. You know, we have a blast every time we play our songs in front of a crowd. We want people’s reaction to this album to be “This is a blast!” About the cover, it’s simply amazing to us. No one in the band enjoys a cover as much as the ones we’ve chosen.”

Mastribes‘ “She’s Got The Look” video:

Mastribes – She’s Got The Look

New single by italian band Mastribes. First full lenght of the band will be released in fall 2016 by Volcano Records.Directed by Francesco GarofaloCo-Produce…