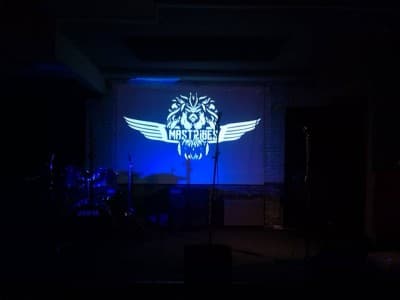 Italian hard rockers, Mastribes, are scheduled to enter the studio in the next few days to start work on their full-length debut album. In October 2015, Mastribes had released their first single/video “Shake Boom Tequila” that was available on a mini-EP with two other songs entitled “Pussy Crusher” and “Everything.”

Speaking exclusively with Sleaze Roxx, Mastribes frontman Michael Flame spoke about the reception that the group has received with respect to its debut mini-EP: “In spite of our negative predictions, the songs and expecially the single had fair success. Personally, I’m very proud. Our goal was to make great songs without being commercial and after the release of “Shake Boom Tequila” — we made an incredible concert at the Cellar Theory Club where all the rockers of Naples joined us. This was two months ago and I can’t still tell you how many people that were there that night. It was simply amazing! I couldn’t see the entrance [because there were so many people]! Later, we did other gigs for the promotional tour of the single and I noticed that at every live show, there were always new faces in the crowd so I think we made it, at least in our city [laughs].” 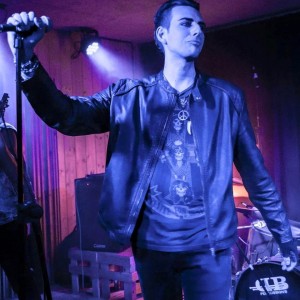 When asked whether the rest of the songs on Mastribes‘ upcoming full-length album would be in the same vein as the ones on the group’s mini-EP, Flame stated: “Not exactly or at least not in the same “vein”. We want to celebrate the “rock n’ roll” lifestyle but, as you certainly know, there are many ways to do it. It’s not only about alcohol and sex [laughs]. Rock n’ roll has many faces, including negative ones, and we’ll show you all of them.”

In regard to when the group’s full-length debut album will be released, Flame advised: “Making an album requires a lot of hard work. Unfortunately, it’s not only about the songs and we had other little complications during the last months so let’s say that it will be out for this spring. We’re giving the best for our first debut and trust me….it’s a gas!”

Finally, Flame stated the following regarding Mastribes‘ other plans for 2016: “Our management is working very hard and we’re already programming many dates and not only in our country. It will be a surprise so for now we can’t say nothing [laughs].”