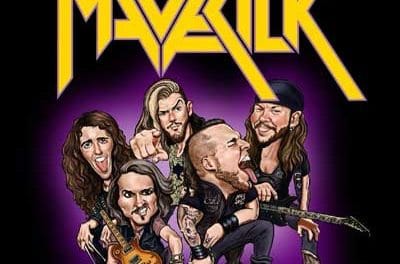 Maverick singer Dave Balfour and guitarist Ryan Balfour were recently interviewed by Yiannis Dolas for rock pages.gr and the band’s guitarist had some choice words for some of the groups that have paved the way for newer bands. 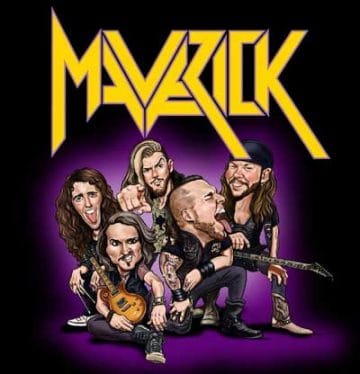 Ryan Balfour stated: “I have nothing but respect for all the bands who came up through the decades and made rock and metal music what it is today. They paved the way for everyone nowadays. That said I really resent a lot of them now. To name a few, Kiss, Bon Jovi, Judas Priest, Black Sabbath, Motley Crue etc. These guys are just millionaires being greedy, hogging all of the business in the music industry, and completely burying any upcoming bands. Making them PAY to play, and taking all the big festival slots. They are quite simply destroying the metal and rock music industry, just because they helped create it, doesn’t mean they have the right to kill it. Not to mention none of the mentioned bands have released a good album in decades. All of their early work was fantastic, love what they done in the past. Respect! But time to fuck off now!”

In terms of Maverick‘s achille’s heel, Ryan Balfour opined: “Undoubtedly getting a permanent second guitar player. We have went through 4 players now in the 5 and a half years we’ve been going. We have never had a second guitarist actually play the second guitar on an album either! Every album we have released, we have been a man down haha. Mike, our old drummer who left for America, used to do the second guitar rhythm parts plus some solos. Since he left, all the rhythm is all me. That’s quite unfortunate! Who knows, maybe next album we may have a FULL band! Wouldn’t that be something!”

With respect to covering the song “Jessie’s Girl”, Ryan Balfour advised: “Well that one was decided by our manager Eddy! He told us we needed a good cover of a big rock song that has yet to be done well, something that if played on the radio, may coax new fans in to hear our original music. It was more of a nothing bad can come from it, but plenty of good things can come from doing it! Kind of, “nothing ventured, nothing gained”. That said, I think its a pretty decent cover of the song since it was so last minute! Eddy had talked to us months before studio, suggesting we cover it. I liked the idea myself, but the others weren’t too fussed on the idea so we just kind of pushed it to the side quietly. About 2 days into recording the guitar for Cold Star Dancer, I get a mail from Eddy saying, and I’m paraphrasing here, “You better be doing Jessie’s Girl!!!”. So I am instantly stressing out, messaging the guys, saying “you all better learn Jessie’s Girl tonight, Eddy just said he wants it on the album and he sounds pretty serious!”. So we just threw it together pretty quickly and it came out pretty good!”

You can read the rest of the interview with Dave and Ryan Balfour at rock pages.gr.

Taken from the album ‘Cold Star Dancer’ released worldwide on 06/04/2018 by Metalapolis Records (Germany). Featuring Anders Wikström of TREAT (Not in video)M…