Belfast, UK rockers Maverick have released a video for the title track from their upcoming new studio album Cold 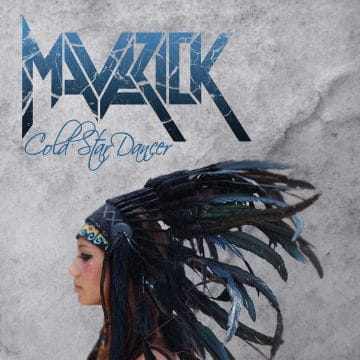 Star Dancer, which was released today.

“Here it is amigos! The debut music video for ‘Cold Star Dancer’ – the title track from the album of the same name. Today marks the release of our third full length album! A proud moment for everyone involved! Big thanks to our brothers at Metalapolis Records and a HUGE thanks to the one and only Mr Anders Wikström from TREAT for his fantastic solo contribution (the first main solo was written and recorded by Anders but for the purposes of the video Steve Moore took his place!)

It is our greatest pleasure to share with you our toughest shoot yet @ Glyde Court, Co. Louth in Ireland. Directed and edited by the amazingly talented Liam Kearney (patience of a saint bro!) – This video was a labour of love start to finish. If you guys enjoy it, PLEASE share it!! – order your copy of the album at:

Taken from the album ‘Cold Star Dancer’ released worldwide on 06/04/2018 by Metalapolis Records (Germany). Featuring Anders Wikström of TREAT (Not in video)M…