Belfast, UK rockers Maverick have announced that they will begin recording their new studio album Cold Star Dancer in October 2017 with a release scheduled for March 2018. 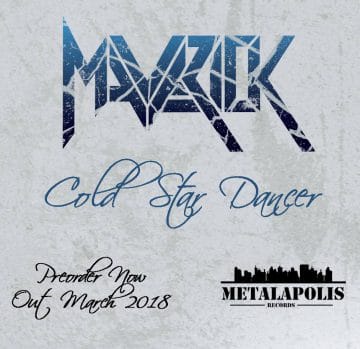 “Amigos! We are thrilled to announce that we will be recording our brand new album ‘Cold Star Dancer‘ in October! It will be released in March 2018 through Metalapolis records! You can help us massively by Pre-ordering the album by clicking on the link below!

There are 3 preorder bundles including a strictly limited ‘Ultimate Fan Pack’ for the die hards out there! Just as a special thanks to everyone who preorders the album, your names will be mentioned in the booklet of the album to show our appreciation!

Your preorders will be shipped the day before the albums official release date! Cheers amigos! ?”

Maverick‘s “Story” on their Facebook page states (with slight edits):

“In May 2013, we released our debut EP “Talk’s Cheap” which received favourable reviews.

The quality of ‘Quid Pro Quo‘ enabled us to go on a European Tour with the Swedish band The Poodles! We played 15 shows, across 6 countries, in 17 days.