Maverick’s David Balfour speculates on the future when Maiden, Metallica, etc. are gone

David Balfour, the frontman for the Belfast, Northern Ireland based rockers Maverick, was recently interviewed by Yiannis Dolas of Rock Pages Gr. 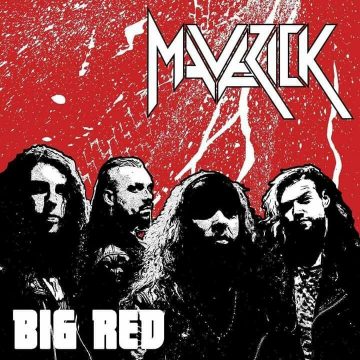 Maverick released their third album Big Red on August 26, 2016. The group had previously released an EP titled Talk’s Cheap in May 2013 and a full-length album titled Quid Pro Quo in November 2014.

Rock Pages Gr asked Balfour what’s going to happen when all the big bands like Iron Maiden and Metallica are gone to which Balfour stated: “That’s also a very good question… I think that’s very tough. I believe that if the fans of Def Leppard, Whitesnake and all those bands give H.E.A.T., Eclipse and… Maverick a chance, I think a lot of them will love it! I think that in this day and age there are so many bands in the world that it’s hard for all of them to get publicity. I unfortunately think that when those big bands die away rock might… in a perfect world I would like to think that younger bands could perhaps not take over, but fill the space a little bit, but deep in my heart I fear that people might move away from this kind of music. I just think it’s getting harder and harder for new bands to get bigger… When these big bands die it’s going to be a sad day for everyone, but I’d love to think that younger bands could come through and fill up the stage. It’s a very good question! I think it’s a very uncertain road ahead. It will so good to see the likes of Eclipse, H.E.A.T., bands like that, play instead of clubs small arenas. When these bands die people will need something new, so I hope that then bands like ourselves could have a chance to win over new audience, but it’s going to be pretty tough.”

You can read the rest of the interview with Maverick‘s frontman Balfour at Rock Pages Gr.