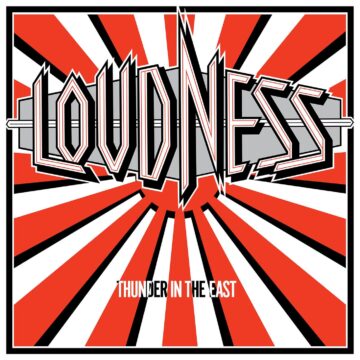 In terms of the origins of Loudness‘ album title Thunder In The East, Curran indicated (as transcribed by The Metal Voice with slight edits): “I distinctly remember at the end of recording the album Friction (Coney Hatch), Max said to us, ‘So lads, what are you going to call the record?’ And I had pages and pages of titles and I was bouncing them off Max. And because we were from Eastern Canada, I said ‘What do you think about Thunder In The East?’ And Max said, ‘Can I have that for Loudness?’ I was like, ‘Absolutely you can.'”

Norman piped in: “I have a totally different recollection of getting that title but Andy Curran might be right? I do remember flying back from Tokyo to New York and I was looking at a newspaper in the racing section because I was bored and I found out there were lots of really good names of horses. I thought this is a good source of album names and I remember seeing Thunder In The East as one of the names of one of the horses. That’s my recollection.”

You can listen to the interview with Max Norman and Andy Curran on The Metal Voice below:

Loudness‘ “Crazy Nights” video (from Thunder In The East album):