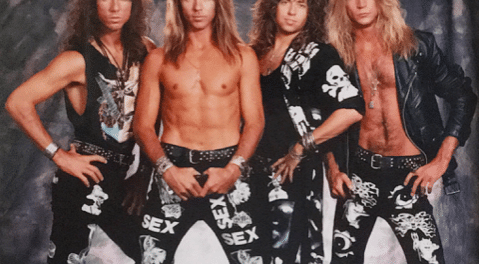 An unexpected return from McQueen Street has longtime fans excited for what may come. McQueen Street‘s official YouTube channel has uploaded two new singles including “One Way Ticket” this past Friday (August 21, 2020). 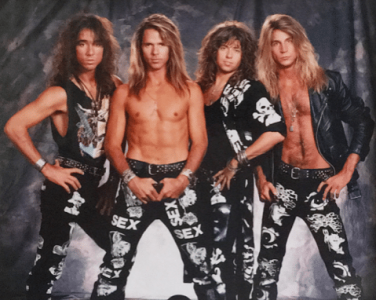 The band my be forging on with lone original member and lead vocalist / guitarist Derek Welsh. A quick listen on the two new singles reveals songwriting that is akin to their 1991 debut and Welsh‘s ferocious vocals that hasn’t lost it’s edge.

Wikipedia states the following in part about McQueen Street (with slight edits):

“Formed in 1987, McQueen Street, originally known as “Klass“, was very successful on the southeast rock music club circuit. The idea for the name “McQueen Street” came from the street of which Derek‘s recording studio was located. In 1990, after the name was changed to McQueen Street, the band was signed to a record deal with SBK Records.

The band’s debut album, titled “McQueen Street“, was produced by Tom Werman with additional production from Steve Stevens of Billy Idol. Steve and Derek wrote and performed on “Two Worlds”. Two songs, “Money” and “My Religion” had music videos that were played on MTV‘s Headbangers Ball. “In Heaven” reached #32 on Billboard‘s Mainstream Rock Chart in early 1992.

With the grunge movement of the early 1990s, most bands whose music was based on 1980s-style rock were no longer popular. Radio stations and MTV ceased to play most mainstream rock, causing the second album not to be released. The group disbanded shortly thereafter.”

This is the official audio for “One Way Ticket”, a single by McQueen Street. Released on August 21, 2020. This song is also available on all of the major str…

McQueen Street‘s “Outside In” single: