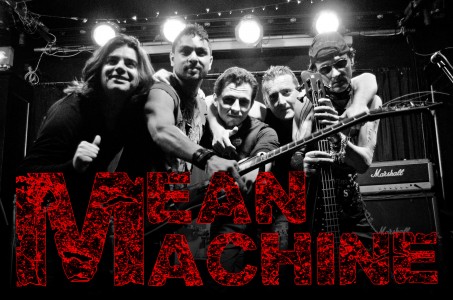 New U.K. group Mean Machine will be releasing its debut single “Into The Night” in July 2016.

While most bands are spending their time trying to find ways to be different and end up all sounding the same, Mean Machine are focused on creating and producing great music that’s further enhanced by an explosive on-stage performance laden with attitude & raw power! Having only formed in 2015, Mean Machine are making significant strides within the music industry following appearances at two UK Festivals, radio airplay and a headline slot on the Sky Arts (Amps 2 Max) Rock/Metal Showcase to be aired globally later in the year… 2016 promises to be even more rewarding with the band’s debut release single “Into The Night” already creating a buzz and anticipation before its official scheduled release in July 2016…”