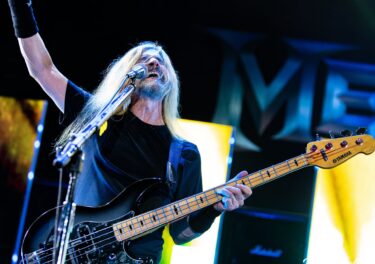 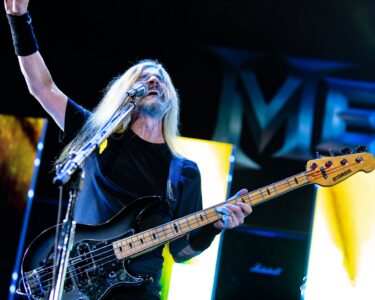 Megadeth now have an official replacement for bassist David Ellefson who was let go from the band after some embarrassing “private” videos were leaked to the public back in May 2021. Former White Lion bassist James LoMenzo, who previously played with Megadeth from 2006 to 2010, was brought into the band back again in August 2021 but apparently only as a temporary member. LoMenzo has now been granted permanent status in the group. Ironically, Ellefson was the one who replaced LoMenzo in Megadeth back in 2010 and now it’s LoMenzo replacing Ellefson more than a decade later.

The following message was posted on Megadeth‘s Facebook page back on May 31, 2022:

“Megadeth announce bass player James LoMenzo as a permanent member of the band. LoMenzo was Megadeth’s bass player in the mid-2000s and recently stepped back in as a touring member for The Metal Tour of the Year. LoMenzo now officially rejoins the Megadeth family.

Dave Mustaine adds, “I am thrilled to welcome back James to the Megadeth family. James rejoined the fold as the touring bassist and it’s been a blast having him back, we thought let’s make it permanent.”

James: “I’m so excited to rejoin Megadeth and move forward full steam into the next phase of this iconic band’s history! With Dave, Kiko and Dirk there’s no stopping us! It just feels great to be home again.””