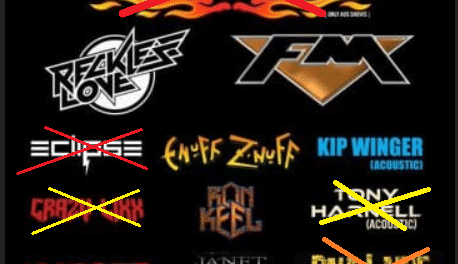 It’s been a tough week or so for Melodic Rock Fest with FireHouse, Crazy Lixx, Eclipse and Paul Laine (The Defiants, ex-Danger Danger) having cancelled their respective appearances at the festival due to the promoter allegedly not meeting contractual obligations (usually money related). 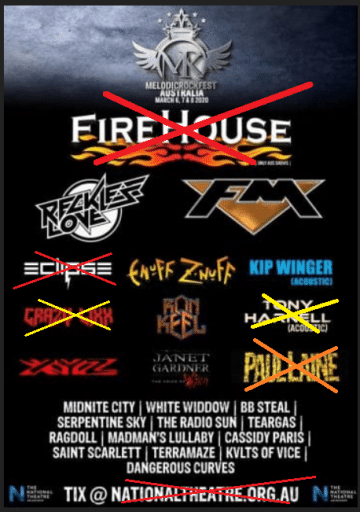 The festival took another hit yesterday when The National Theatre, which was to host the event, announced that it was no longer doing so.

Former Skid Row and TNT frontman Tony Harnell has also announced that he has pulled out of the event. The following message was posted on Harnell‘s Facebook page earlier today: (with slight edits):

“I deeply regret to announce to my fans in Australia that I won’t be performing at the Melodic Rock Fest, or the subsequent shows due to contractual obligations not being met.

Without getting into detail, I hung in as long as I possibly could.

It has been a lifelong dream of mine to come to beautiful Australia, especially after the recent summer with the devastating fires.

I was hoping to come spread a little love in the form of music.

I feel for those of you who’ve been waiting and were excited to finally see me live.

I hope to rebook a tour as soon as possible.

Metal Sludge has just reported that XYZ are also no longer part of the event although the group did post a fun video on their Facebook page about 24 hours ago indicating that they were about to depart from Los Angeles to Australia to play the Melodic Rock Fest on March 7th as well as seven other shows from March 9th to 18th. The poster above is courtesy of our friends at Metal Sludge who are “updating” the event poster with the various acts (and venue) that have unfortunately pulled out.

The Melodic Rock Fest organizers have not given up though as they posted three messages (see below) in the last 18 hours indicating their plans to scale down the event from three days to two and to find another venue. One replacement act was announced with Australian guitarist Kevin Borich now scheduled to play. Time is running out as the event is currently scheduled to run from March 6 to 8, 2020. 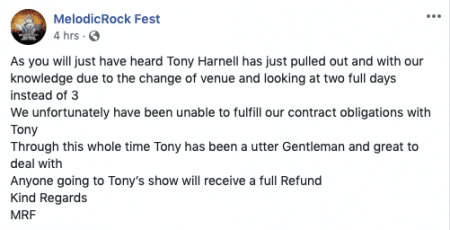 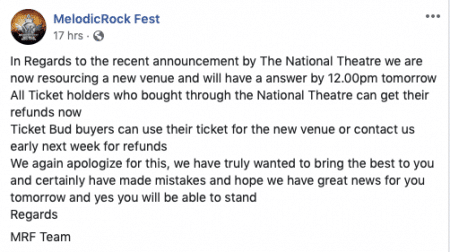 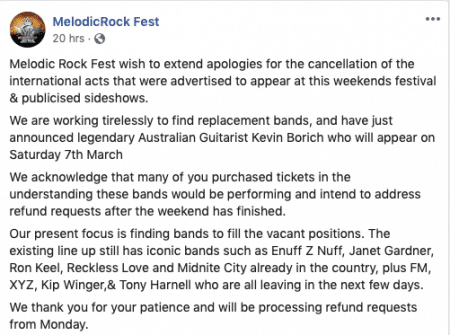