The following was posted on the MelodicRockFest‘s Facebook page yesterday by Melodic Rock principal Andrew McNeice: 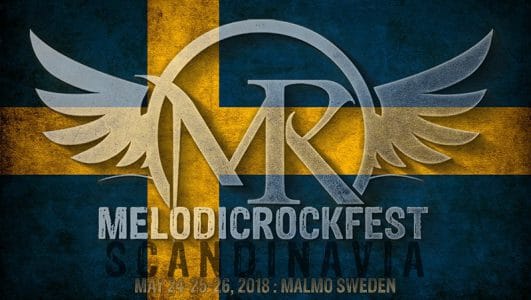 I know the biggest question going around right now – is WHEN will we hear the MRF5 details?

I appreciate everyone’s patience. The lengthy process underway right now is necessary and extra special care is being taken to bring the very best possible lineup to both events.

I also want to ensure that the lineup announced is the lineup that turns up. Changes are always a risk with long term planning and so many artists, but MRF has a very good reputation for delivering what is promised.

Right now I am in the final stages of negotiations with several artists that will complete the lineup of MRF-USA.

Likewise for MRF-Scandinavia – but in that situation I’m working with Johan Nylen and the Rock Stage team to finalize all plans there.

I can confirm that the Malmo, Sweden event will take place May 31-June 2. That date is FINAL! The venue is booked and will be announced shortly.

MRF-USA is of course taking place May 4-6 at the site of MRF3&4 – H.O.M.E Bar Chicago in Arlington Heights.

There will be an event hotel, but don’t book yet…there will be a deal and it may not be the hotel from last time. 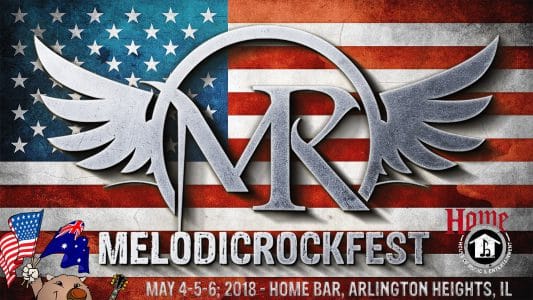 A couple of points I’d like to make for both shows in general:

– Ticket prices announced will be the same price right up until event weekend.
– There will be VIP options that embrace the whole event experience and once gone, are ALL GONE!

MRF-USA is set to feature a mix of classic, cult and new artists, from within the USA and around the world – more international acts than any other show to date!

As final details fall into place, at this stage I envision a lineup announcement at the end of this month and tickets on sale a couple of weeks after that.

Stand by for those details….”

Sleaze Roxx attended MelodicRockFest Australia back on May 13 and 14, 2016 and stated as follows in its concert review about the headliner Eclipse on Day 2 of the festival: “At approximately ten minutes to midnight, Paul Laine and The Radio Sun left the stage to rapturous applause from the now capacity crowd eagerly awaiting the final act of the evening — Eclipse. Even though it was a good forty minutes before Eclipse would start playing, the energy in the crowd seemed to increase the later it got. Standing front and centre to the stage, I wasn’t going to move anytime soon. I never thought I would see Eclipse live but here I was only minutes away. And then it started with “I Don’t Want To Say I’m Sorry” and they simply delivered hit after hit from their last three albums for the entire set. New drummer Philip Crusner produced a crushing performance which included an awesome drum solo and once again, the energy that these guys played with was something to behold. What a way to end two days of melodic rock madness!”