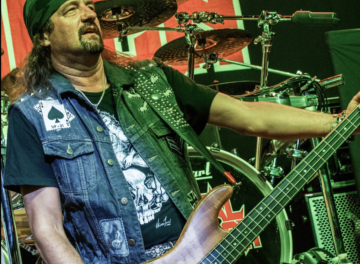 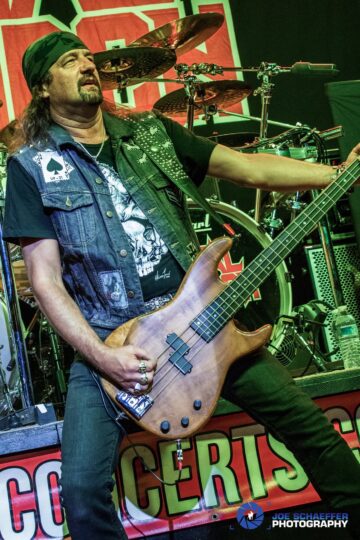 After announcing about a month ago that they would be continuing without deceased original bassist Randy Rand, Autograph have now revealed who will be taking his place at least on a temporary basis.

It will be none other than Metal Church bassist Steve Unger who will be filling in on bass. Unger has been playing in the Metal Church line-up since 2003.

Autograph will also be playing their first show without any original members in their line-up given that the band will consist of Simon Daniels on lead vocals and guitar, Jimi Bell on guitar, Marc Wieland on drums and Unger on bass. Daniels joined the band back in 2013 when Rand along with original members Steve Lynch (guitar) and Kent Richards (drums) decided to resurrect the group. Weiland joined Autograph in 2014 given that Richards was struggling with some addiction issues. Bell joined the group in 2019 after Lynch elected to leave the band. Rand sadly passed away back in April 2022.

The following message was posted in part on Autograph‘s Facebook page earlier today:

“Minnesota! This Sunday, July 3rd, we rock the Greenbush 4th of July Weekend Celebration in Greenbush, MN with Quiet Riot! We are dedicating all our future shows and our new album (which of course includes him)  to the memory and legacy of Randy Rand who will always be with us in spirit, anywhere, any time. We look forward to seeing you all on the road this summer. Steve Unger from the band Metal Church will be filling in on bass. For the ticket link & more tour dates, visit AutographBand.com!”