Leo Moracchioli is a musician from Norway most known for doing crazy music covers on Youtube. 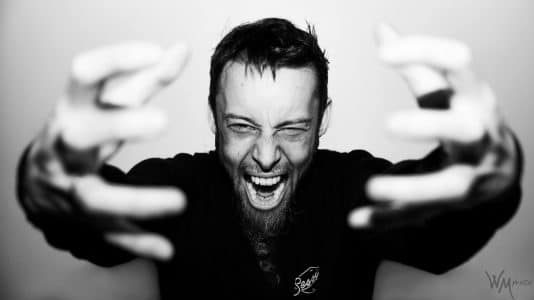 He has released videos of himself covering many ’80s hits including Men Without Hats‘ “Safety Dance”, Survivor‘s “Eye Of The Tiger” and Michael Jackson‘s “Beat It.”

“The Safety Dance” is a song by Canadian new wave band Men Without Hats, released in Canada in 1983 as the second single from Rhythm of Youth. The song was written by lead singer Ivan Doroschuk after he had been kicked out of a club for pogoing.

The song entered the Canadian top 50 in February 1983, peaking at no. 11 on 14 May. In the meantime, “The Safety Dance” was released in the US on March 16, but did not enter the US charts for a few months. When it finally did, the record became a bigger hit than it had been in Canada, peaking at no. 3 in September 1983. It also reached no. 1 on Cash Box, as well as no. 1 on the Billboard Dance Chart. “The Safety Dance” similarly found success in other parts of the world, entering the UK charts in August and peaking at no. 6 in early November, and entering the New Zealand charts in November, eventually peaking at no. 2 in early 1984.”

Original by Survivor.Check out Rob Lundgrens channel here:► http://bit.ly/1UY7ilXYou can buy my albums or singles here:DIRECT FROM ME (LOSSLESS) ► http://bit…